Trinity accepted an invitation from Sr. Kathleen Power, Associate Vocations Director for the Diocese of Orlando, for a Girl & #039;s Vocation Discernment Retreat for Girls ages 14 – 18 which was held at San Pedro Spiritual Center on Saturday, September 26th. Sr. Trinity is one of the 8 girls who attended and came from as far as Ocala, Ormond Beach and the Orlando area. Highlights of her retreat was an hour spent in Holy Adoration with a visit to theBlessed Sacrament. She heard presentations from four religious Sisters, enjoyed question and answer sessions and learned more about religious life. Trinity finished her day with a Mass with Fr. Torres, Diocesan Director for Vocations.  Sr.Trinity participated in the Mass by serving as the Lector.  This is great gift of hers, which she developed from reading our weekly Praesidium minutes.Trinity is a Sophomore at New Smyrna Beach High School, and a member of St Gerard&#039;s Mission Church serviced by Sacred Heart Catholic Church. She is bilingual, speaking both Spanish & English. She loves and serves, with perfection, as Secretary for Our Lady of Perpetual Help Jr. Legion of Mary. She has been a member since we began in March 13, 2013. Trinity became a member of the Girls Vocation Club when it started on August 11, 2014.  Sr. Josephine Marie Melican, SSJ still leads on a monthly basis. Trinity makes and teaches beaded rosary- making, taught to her by Sr. Ann Baslee , knotted rosaries, which was taught to her by Sr. Carol Hummel, and lego rosaries which was taught to us by Ms. Jackie Booth. She is also an Altar Server. She is the daughter of Mark Swanson and grand daughter to Sr.Cecila from Columbia.Thank you for praying for Sr.Trinity along with  Mary, Maria, Bea, Anna Mariher, Annatasia & Florence and for all our children that they will remain close to our Blessed Mother who will lead them safely to her Son. 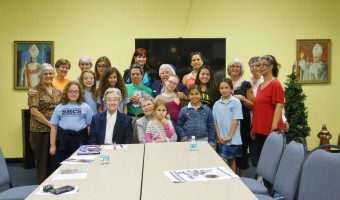 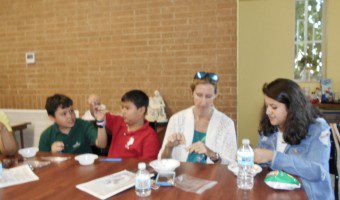